Pigs in the real world -- feed them different diets, measure many health parameters, some will show differences -- but what does it all mean? 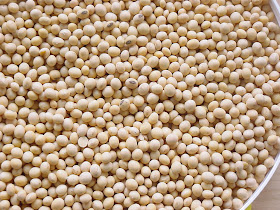 A long awaited study by Australian Dr Judy Carman has appeared in the open access journal Journal of Organic Systems. It is an American-Australian collaboration, including Carman's IHER, and Howard Vlieger's non-GMO marketing operation Verity Farms based in Iowa in the United States. It seems to be the same study for which a preliminary report has been presented at a South American scientific conference several years back.

It is an investigation in which pigs were fed so-called real world diets for ~23 weeks, and analysed for about 35 health related parameters.

These are [presumed] presence of inflammation in the animal gut at autopsy and average size of female animal's ovaries .

The question raised by the study is what are the reasons for these differences. Are they due to chance, because of the random distribution of differences between individual animals: are they caused by the diet, and if they are caused by the diet,  is it the indeed transgenic components of the diet that has possible causal effect.

The paper by Carman and colleagues avoids rigourous analysis of whether the differences are attributable to chance.

In the study there is no clear-cut hypothesis about what component(s) of the diet is different and what effect the component might have specifically on the animal.

Instead of a well formulated prior hypothesis the investigation consists of a survey of a fairly large number of parameters -18 are mentioned in one table, 17 in another, and there is no necessary statistical analysis to check for false discovery of effects that can arise because of repeated searching for differences.

It's what some call a fishing expedition in search of a finding, and a known pitfall of animal feeding trials on whole foods.

The individual statistical tests actually done in this study in each of the individual parameters measured do not provide for this false discovery rate effect due to multiple testing.

Using the standard criteria of a one in 20 chance that observed differences are randomly generated, about one or two apparent effects  in this study might be a false discovery.


The observed differences might also be caused by compositional differences in the variety of soybeans or corn used in the study, and the crucial difficulty with such a complicated study is that there are many components in these animals' diets.

Unfortunately there is relatively little information in the paper about nutritional formulation, methods used for producing the pig diets, storage time for the grain, and which particular varieties of grain were used in the diets.

A crucial missing piece of information is analysis for soybean isoflavone content. Soybean isoflavones are known compounds with female animal hormone activity, and as some differences were seen in ovary size in these animals, whether or not they have been exposed to different levels of isoflavones in formulating the two test diets is a most obvious question that  does not appear to be considered by these investigators.

Because of the complicated way the experiments have been designed for this investigation we don't know the answer to this question.

The study claims to be an investigation of the real world effects on on hog health health . The real world is full of complications when it comes of physiological effects of diets and we still don't know whether the observed differences between the test group --"GMO diet" as compared with "Conventional diet "-- are explained by chance, due to the high number of different types of tests carried out in the animals, or whether some of these  differences are caused by grain composition variation -- especially soy isoflavone variation.

[Update: A common cause of swollen uteruses [uteri] in swine is consumption of grain that has the mould metabolic chemical zearalenone. This compound is a potent mimic of pig estrogen hormones as discussed in a later post. Dr Carman and colleagues don't report analysis of the chemical or discuss it as a cause of their results.]

The most particular difference is a claim about ovary size variation -- and the papers authors do not seem to be aware of the very plausible effects of differences between the test and control diets in  phyto-oestrogen compounds in the different soybean varieties used in the diets.

Perhaps the most newsworthy non-scientific aspect of the report is the statement about conflicts of interest in which none are claimed.

The Verity Farms non-GMO grain marketing venture linkage is not seen to be a conflict of interest, and a previous revelation on Australian television channel SBS by Dr Carman that the Institute of Responsible Technology associated with Fairfield, Iowa based author Jeffrey Smith was funding such studies is also not mentioned in the paper*** . 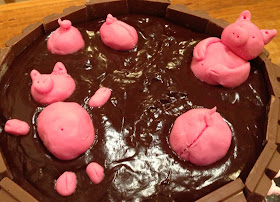 JENNY BROCKIE: Judy, what about you? You say you're doing research. Where's your funding coming from?
DR JUDY CARMAN: We're getting funding from the Western Australian Government and also from a body in the United States and then from some ordinary mums and dads.
JENNY BROCKIE: What's the body in the United States?
DR JUDY CARMAN: Jeffrey Smith's group has given us a small amount of funding to be able to expand upon the funding that we've gotten from the Western Australian Government.
JENNY BROCKIE: So that's an anti-GM group that's providing funding? DR JUDY CARMAN: Whoever funds us doesn't tell us how to do the research, I can tell you that, but in terms of every day, sort of funding - that's just to do animal feeding studies. In terms of every day funding, my colleagues and I are self-funded. I had to retire to be able to do this. I've lost hundreds of thousands of dollars in wages in order to investigate my concerns, my very deep concerns, about the safety of GM crops and food.