The New Swedish Approach to "Diplomacy": Eco-terrorism in the Philippines funded by Svenska Naturskyddsföreningen (Swedish Society for Nature Conservation) 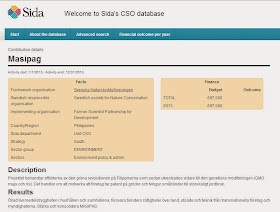 The Swedish project described above financially supports Philippine activist group MASIPAG and supposedly addresses the effects of the Green Revolution in the Philippines which have more recently evolved towards the use of genetic modification with GMO maize and rice. The Swedish funding is about discouraging companies from taking patents on crops, which they believe "forces" small farmers to large-scale agriculture.

The money flow to MASIPAG (In approximate US$ equivalents)

The method by which companies are "discouraged" from operating in the Philippines ?

It was criminal destruction of rice agricultural field trials (photo below). This field trial was legal public interest, non-corporate, philanthropic research. A deliberate assault to destroy the rice research involved non-local activists from MASIPAG, the organisation that is funded by Sweden's Svenska Naturskyddsföreningen fund.

Read more about this issue here:
Myth-busting the opposition to GM crops

Update:
The link between MASIPAG and the vandalism is documented here:

Militant groups destroy Golden Rice trial, vandalized DA facilities
SAN AGUSTIN, PILI, CAMARINES SUR --Over 300 members of militant groups stormed into the compound of Department of Agriculture regional office here and uprooted and trampled and vandalized the Golden rice which were already in their booting stage planted in an experimental lot here. The police and barangay tanod of about 25 who were securing the site were outnumbered and caught by surprise when the agitated rallyists forcibly opened the gate and climbed over the fence. In just 15 minutes the rallyists ravaged the ricefield.

DA Bicol regional executive director Eng. Abelardo R. Bragas and the members of the research and technical team strongly condemned the violent and mischievous assault of the rallyists which resulted to damage of government properties, loss of valuable data and research investment. He said the agency may take legal action against the perpetrators.

Golden Rice is a new type of rice which contains beta carotene, a source of vitamin A. Leading nutrition and agricultural research organizations are working together to evaluate Golden Rice as a potential new way to reduce Vitamin A deficiency. Part of this evaluation is the conduct of multi-location field trails to ensure that Golden rice is effective and safe, and can be planted, grown and harvested just like other popular rice varieties.

The field trials were duly permitted by the Department of Agriculture Bureau of Plant Industry (DA-BPI), the national regulatory authority in the Philippines for biotechnology research and development, after establishing that the trials will pose no significant risks to human health and environment.

Series of meeting and dialogues with local leaders and community representatives were conducted prior to the conduct of the trials. Implementation of the trials was being closely monitored by the Institutional Biosafety Committee (IBC) composed of researchers and experts from the DA, CBSUA, barangay captain, municipal council and religious group.

At the time of the incident, DA RFO 5 officials and members of the research and technical team of the Golden Rice Project were gathered at the DA main building awaiting the arrival of the rallyists, ready to have dialogue with them. The team had been alerted that a rally will be held that day and as in the previous rallies before, leaders of the protesting groups are invited for a dialogue. 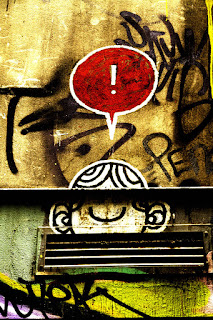 Agriculture Secretary Proceso J. Alcala in a television interview asked those opposing the trial to let the trials be completed first.

Meanwhile, IRRI through its deputy director general for Communications and Partnerships Bruce Tolentino personally came to Bicol to assess the situation. He said that trials will continue. He calls on Filipinos to rally against malnutrition. (Emily Bordado)