To what extent does organic farming rely on nutrient inflows from conventional farming? 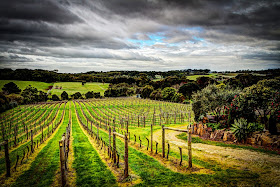 From a recent French study:

...Our results suggest that organic farming strongly relies on conventional farming, especially for P and in the case of stockless farming. This should be of interest for future scenarios on global food production. Indeed, if two recent meta-analyses showed that organic crop yields are lower than conventional crop yields, the gap is relatively low, with organic crop yields ranging from 75% (Seufert et al 2012) to 80% of conventional crop yields (De Ponti et al 2012). Moreover, organic yields may be increased under good nutrient supply conditions, suggesting that nutrient management is a key issue in organic production (Berry et al 2002, Seufert et al 2012). Scenarios of 100% organic farming have been designed as well, both at the country scale (Pelletier et al 2008) and at the regional scale (Thieu et al 2010). However, these scenarios poorly considered the crop nutrition aspects and none of them has taken the reliance of organic farming on conventional farming into account. The area under organic farming at this time is only 0.7, 2.2 and 3.5% of the total agricultural area at the global, European and French scales, respectively (FAO 2013). Therefore, if the area under organic farming was to undergo a dramatic increase, feedstuff and fodder supply from organic farming could possibly increase, but stronger competition for manure and fertilizer from conventional farming could also be expected, possibly resulting in a decrease in organic crop yields...

From @ To what extent does organic farming rely on nutrient inflows from conventional farming? - IOPscience:
But also read
An Unlikely Fix: Nitrogen Fertilizer and Organic Agriculture

...Concerns about synthetic fertilizers are not new. In his 1940 text, An Agricultural Testament, the British botanist Sir Albert Howard argued that using synthetic fertilizers instead of composts was detrimental to soil health, which he hypothesized was “the real basis of public health.” Howard’s work inspired the American J.I. Rodale to found Organic Farming and Gardening magazine, which promoted farming without synthetic fertilizers and pesticides, and Rodale’s publication gave its name to the movement for a more natural agriculture. Though evidence for Howard’s belief that synthetic fertilizers lead to poor public health remains scant, the organic movement remains alive and well today, and leading organic advocate Michael Pollan now argues that “the whole point of organic food is that it’s more environmentally sustainable.”

This shift in rationales underscores a key feature of the organic movement. Namely, organic does not establish its objectives (say, environmental sustainability and human health) and commit to supporting the agricultural practices which best achieve those goals, updating its methods as science comes to better understand how these goals might be achieved. Instead, it starts from the axiom that natural is best and adapts to new scientific evidence not by rethinking that heuristic but by updating the measure of its success.

According to organic advocates Tom Philpott and Barry Estabrook, we don’t need synthetic fertilizers at all. Both argue that organic agriculture can produce enough food for the world’s population based on comparisons of yields of organic and conventional farms. In cooking terms, comparing the yields (the amounts of crops produced on an acre) of organic and conventional farms is like comparing the end product of different recipes. That’s important if you’re trying to decide what to make for dinner, but even the best-tested recipe is useless without the required ingredients. Likewise, no agricultural system works without nitrogen. Rejecting synthetic fertilizer, as organic does, would leave us reliant on biological nitrogen fixation by diazotrophs (primarily in the roots of legumes on farmland) for nitrogen. Only so much biological nitrogen fixation can take place on a plot of land in a year, so it’s important to ask whether we can get enough nitrogen this way. Arguing for all-organic agriculture without being able to answer that question in the affirmative is a bit like promising your dinner guests a wild mushroom risotto without making sure that you can find enough chanterelles....