Science is not the Enemy of the Humanities 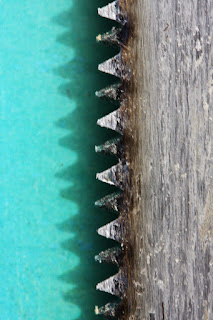 Pinker tackling a big, modern issue at The New Republic:

Descartes, Spinoza, Hobbes, Locke, Hume, Rousseau, Leibniz, Kant, Smith—are all the more remarkable for having crafted their ideas in the absence of formal theory and empirical data. The mathematical theories of information, computation, and games had yet to be invented. The words “neuron,” “hormone,” and “gene” meant nothing to them. When reading these thinkers, I often long to travel back in time and offer them some bit of twenty-first-century freshman science that would fill a gap in their arguments or guide them around a stumbling block. What would these Fausts have given for such knowledge? What could they have done with it?

We don’t have to fantasize about this scenario, because we are living it. We have the works of the great thinkers and their heirs, and we have scientific knowledge they could not have dreamed of. This is an extraordinary time for the understanding of the human condition. Intellectual problems from antiquity are being illuminated by insights from the sciences of mind, brain, genes, and evolution. Powerful tools have been developed to explore them, from genetically engineered neurons that can be controlled with pinpoints of light to the mining of “big data” as a means of understanding how ideas propagate.

One would think that writers in the humanities would be delighted and energized by the efflorescence of new ideas from the sciences. But one would be wrong. Though everyone endorses science when it can cure disease, monitor the environment, or bash political opponents, the intrusion of science into the territories of the humanities has been deeply resented. Just as reviled is the application of scientific reasoning to religion; many writers without a trace of a belief in God maintain that there is something unseemly about scientists weighing in on the biggest questions. In the major journals of opinion, scientific carpetbaggers are regularly accused of determinism, reductionism, essentialism, positivism, and worst of all, something called “scientism.” The past couple years have seen four denunciations of scientism in this magazine alone, together with attacks in Bookforum, The Claremont Review of Books, The Huffington Post, The Nation, National Review Online, The New Atlantis, The New York Times, and Standpoint...


More @ Science is not the Enemy of the Humanities | New Republic: